Starting as a fun Jonah Group project, the Snack Watcher is designed to watch the company’s “Snack Table”. If there are some new “Snacks” presented on the “Snack Table”, it can be used to report the event onto chat channels, emails or messages saying “Snack Happened!”, posting an image and trying to classify the snacks that it observed. It supports both as web site for interactive snack viewing and RESTful API for programmatic snack querying. 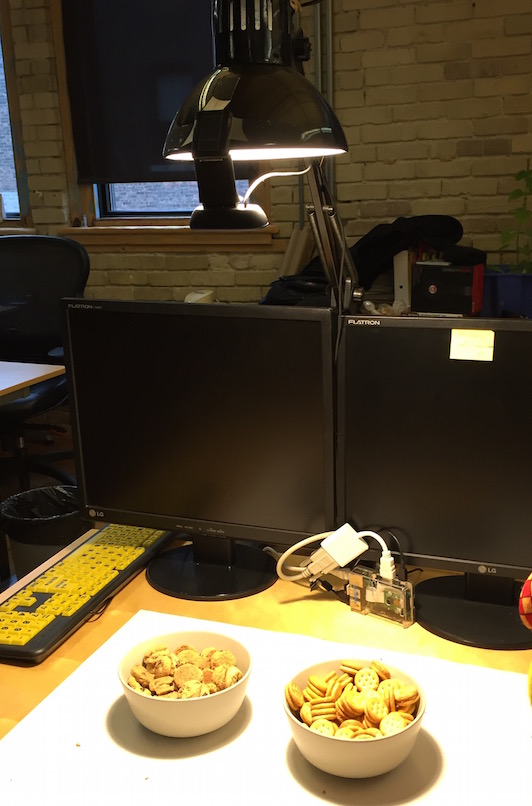 snack-web is a web application showing the result of snack watching, which has been designed to configure and run on a Raspberry Pi 2 or 3. snack-web can be driven, either manually (via Web) or programmatically (via RESTful API) to take pictures and push the snapshots into the static/images directory. Alternatively, the RESTful API can be programmatically used to watch and to return the images. The API is a key feature to integrate with a external system, providing utilities to report the snacks status. 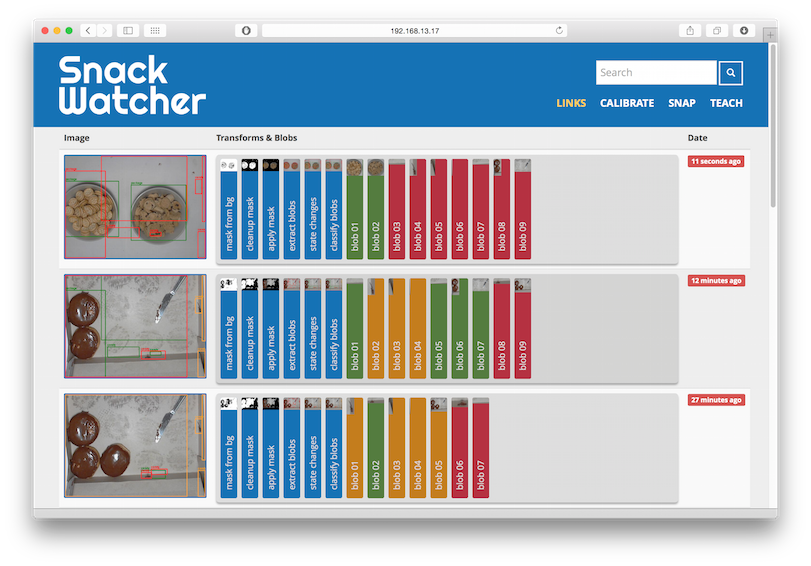 For each snack image capture, it collects the set of processed images for debugging. User can understand how the snacks are identified. For each blob that the system detected, it is stored for displaying and for training. The colour coded blob represent, green is the new blob, yellow is the stationary blob, and red is the removed blob. By click on each image bar, a larger image is shown for detail inspections.

The images and operations can also be accessed via RESTful API. The available URI resources are listed in this table.

When a camera snapshot is taken, The image will be written into a creation folder according to the snapshot’s date-time,

The result JSON for an image, for example, requests for the last image using curl command.

For a list of images, for example, requests for all snack images using curl command.